You can backup DSS Database before reinstalling DSS on another server. When the installation is complete, you can use the Database backup file to restore DSS configurations, which include Device information, Storage Plan, Event and User.

DSS Database Backup File can only be used for a DSS Installation Package of the same version.

1. Log into DSS Client and select [Backup and Restore] 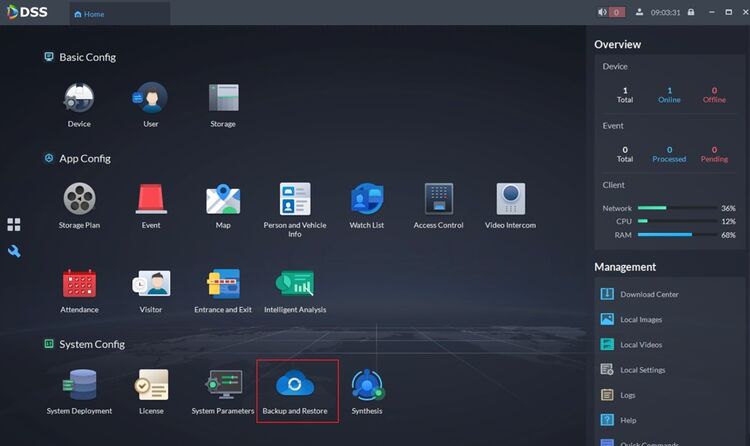 2. Click on the folder icon to select the directory where you want to save the Database backup file 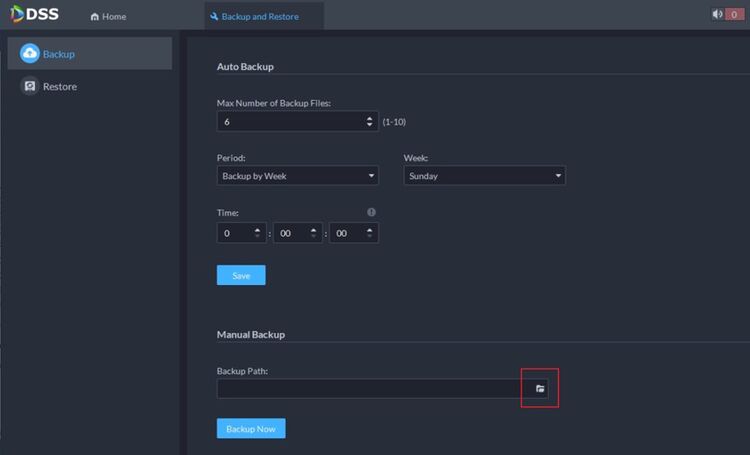 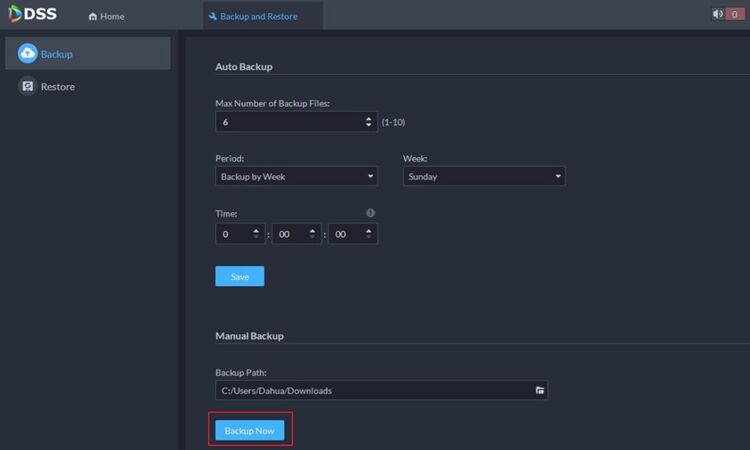 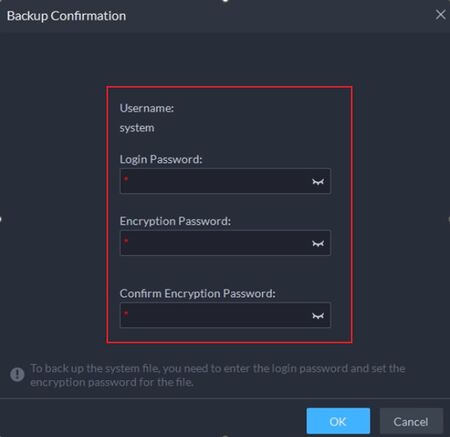 5. Wait for DSS to complete the backup 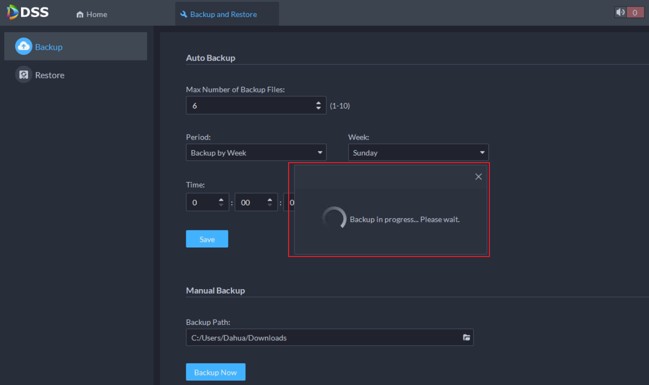 6. There will be a prompt when backup is complete

7. In the directory you have chosen, there will be a dbk file. Keep this file in a safe place. 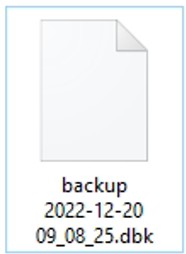 8. Log into DSS Client and select [Backup and Restore]

10. Click on the folder icon and select the Database Backup File that you want to use 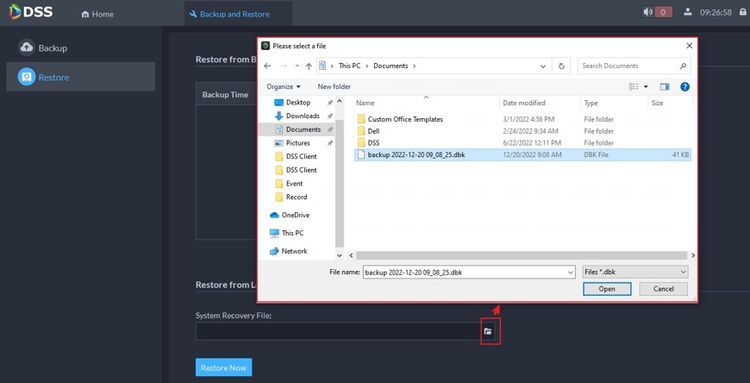 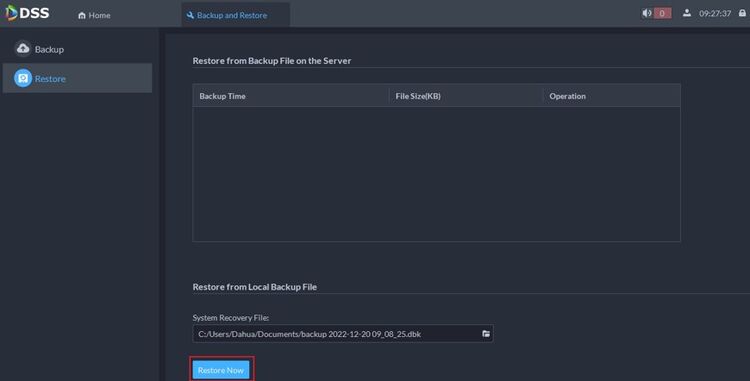 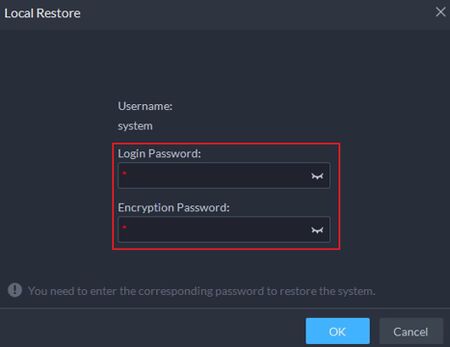 13. Wait for DSS to complete the restore

14. When the restore is complete, there will be a prompt saying that DSS will restart itself

15. Rest assured. DSS needs some time to restart itself

16. In DSS Service Management Center, you may notice that DSS is starting 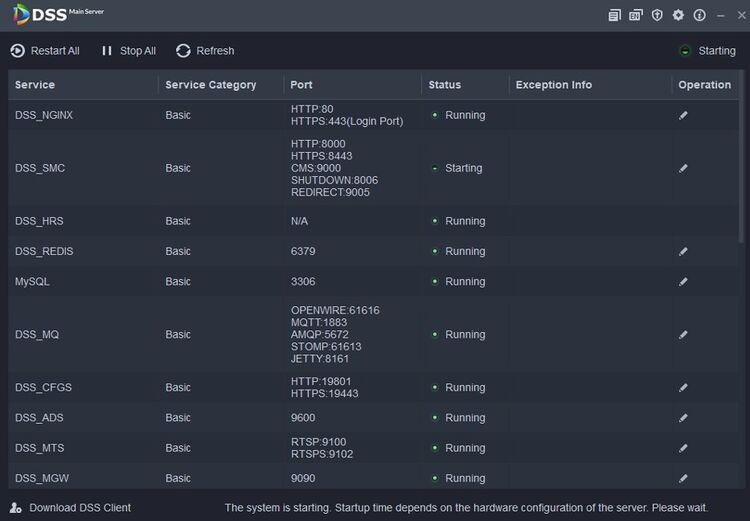 17. When DSS starts to run as normal, the restore process is complete. Now your Database is restored. 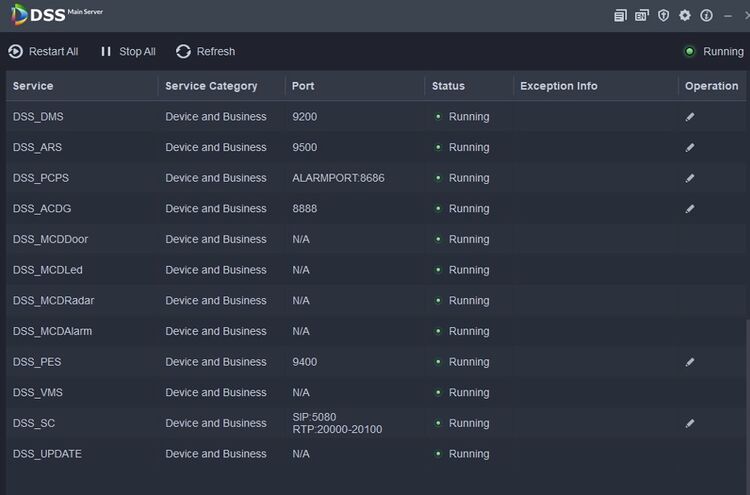