When scoping out a potential location to install a security system, there are often challenges with cable distances. Longer cable runs can be especially challenging if you don't know how to work around these issues. Below are several solutions for HD-CVI and IP bases systems that need cable runs longer than the standard cable distance limitation. 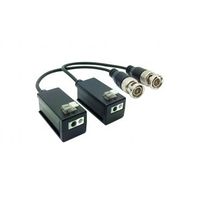 A balun is an electrical device that converts between a balanced signal (two signals working against each other where ground is irrelevant) and an unbalanced signal (a single signal working against ground or pseudo-ground). A balun can take many forms and may include devices that also transform impedances but need not do so. Transformer baluns can also be used to connect lines of differing impedance. Sometimes, in the case of transformer baluns, they use magnetic coupling but need not do so. Common-mode chokes are also used as baluns and work by eliminating, rather than ignoring, common mode signals. -Wikipedia 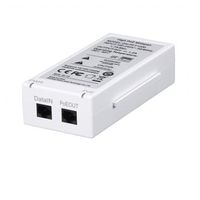 The way a midspan works is that whenever a device is connected to it, a small amount of power is transferred along the cable; not enough to power the device, but enough to power the port. The midspan will then send a short signal over the network to ask the device if it needs power. A Power over Ethernet enabled device will return a message saying that it does require power which the midspan will then supply. A device which does not support Power over Ethernet will not reply and thus will not receive any additional power. This means that you can never damage a device that does not support Power over Ethernet by plugging it into a midspan. -networkwebcams.com 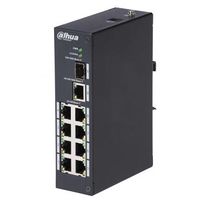 A network switch (also called switching hub, bridging hub, officially MAC bridge[1]) is a computer networking device that connects devices together on a computer network, by using packet switching to receive, process and forward data to the destination device. Unlike less advanced network hubs, a network switch forwards data only to one or multiple devices that need to receive it, rather than broadcasting the same data out of each of its ports. -Wikipedia

Wi-Fi or WiFi is a technology that allows electronic devices to connect to a wireless LAN (WLAN) network, mainly using the 2.4 gigahertz (12 cm) UHF and 5 gigahertz (6 cm) SHF ISM radio bands. A WLAN is usually password protected, but may be open, which allows any device within its range to access the resources of the WLAN network. 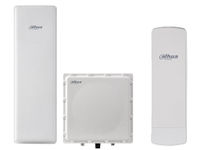 Transmission Distance with 5.8G Wireless: 1-3 Miles depending on line of sight

Wi-Fi networks have a range that's limited by the transmission power, antenna type, the location they're used in, and the environment.[1] A typical wireless router in an indoor point-to-multipoint arrangement using 802.11b or 802.11g and a stock antenna might have a range of 32 metres (105 ft). Outdoor point-to-point arrangements, through use of directional antennas, can be extended with many kilometers between stations. -Wikipedia 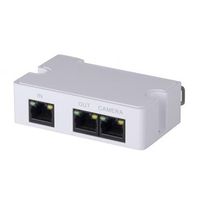 This device can be used to extend the length of a POE cable run past 350 feet. This device would be connected between the recorder and the IP camera. 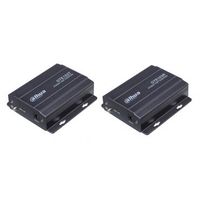 Fiber-optic communication is a method of transmitting information from one place to another by sending pulses of light through an optical fiber. The light forms an electromagnetic carrier wave that is modulated to carry information.[1] First developed in the 1970s, fiber-optics have revolutionized the telecommunications industry and have played a major role in the advent of the Information Age. Because of its advantages over electrical transmission, optical fibers have largely replaced copper wire communications in core networks in the developed world. Optical fiber is used by many telecommunications companies to transmit telephone signals, Internet communication, and cable television signals. Researchers at Bell Labs have reached internet speeds of over 100 petabit×kilometer per second using fiber-optic communication. -Wikipedia